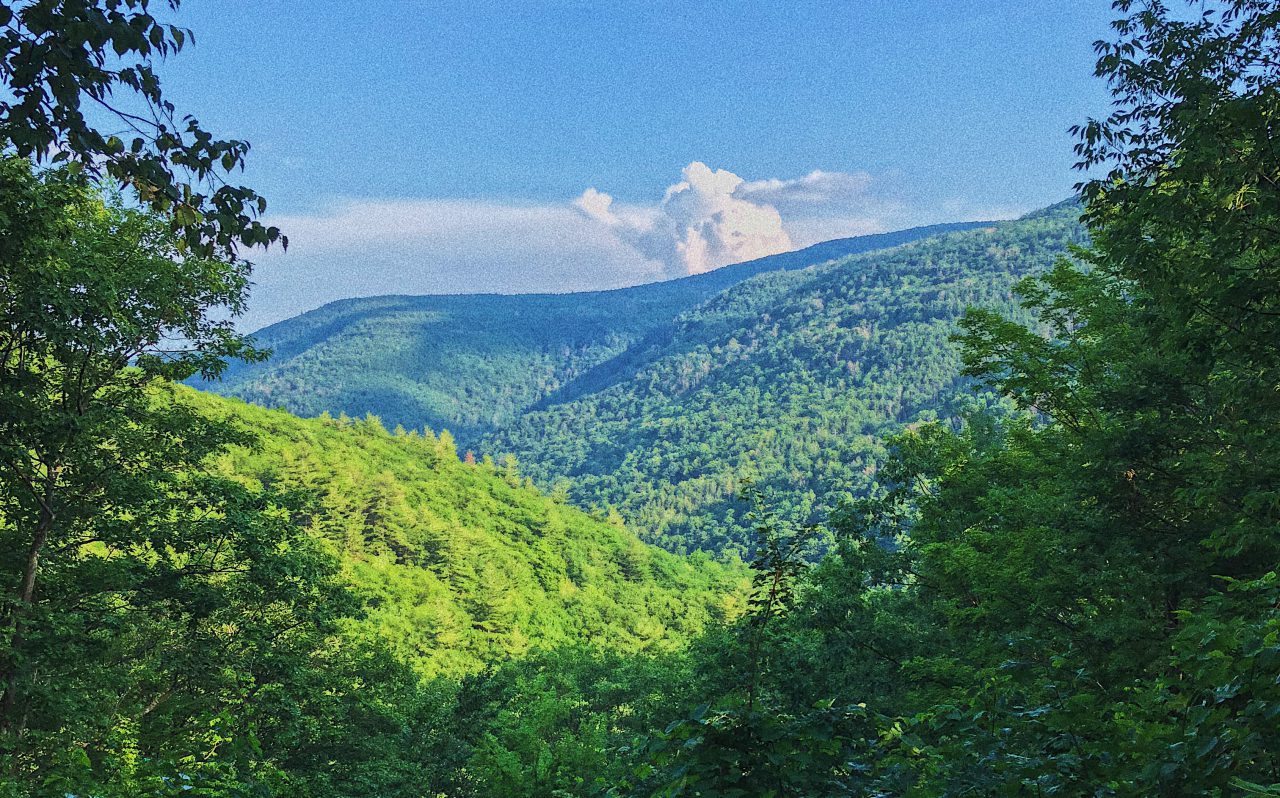 Water filtration, pollination, air purification… nature used to do it all for free. Now the emerging field of “ecosystem services” aims to put a price tag on our natural resources. Are capitalists the new conservationists?

If you started at scenic Bethany Beach on the Delaware shore and drove due west on Route 26 for 10 miles, you’d hit the town of Dagsboro. Pass through town, drive a few more miles west, and you’re in Cypress Swamp Forest Legacy Area. This clunkily-monikered chunk of land is one of the last remaining swaths of forest in the state. Last year, the land’s owner, a timber company, sought to sell the property. Normally, it would have been snapped up by a developer looking to pave it over with housing subdivisions. This, after all, is one of the fastest growing regions of the state, and housing developments bring in more money than timber. Instead, however, the land was purchased by a Maryland-based group of investors who plan to turn a tidy profit another way: by doing nothing.

Actually, “nothing” is an oversimplification. First, they are going to restore the land — which has been ditched, drained and leveled by its timber masters — and return it to its original swampy glory. Then they’re going to do what conservationists have been imploring society to do with wetlands like this: leave it be. And for their pains, these new-style businessmen expect to reap the same kind of financial returns as if they had invested their millions on Wall Street.

The group, called Ecosystem Investment Partners, is at the tip of a paradigm shift that is turning one of the bedrock notions of free market economics on its head. “The fundamental pattern has to do with supply and demand,” says Adam Davis, a business sustainability consultant and one of EIP’s principals. “There used to be very few of us people out here on Earth compared to the size of natural systems. But with 6.5 billion of us, and with our consumption and production of resources per person going up and up, there’s a new relationship of supply and demand. Ultimately, it’s that new relationship that creates the financial value of natural systems.”

Since Adam Smith wrote his famous tract, capitalism has maintained land has no value until it is put to use by humans — which is why wetlands, prairies and forests have been drained, paved over and cut down in favor of shopping malls, office parks and suburban homes. Much to the dismay of conservationists, calls to leave nature alone haven’t held much sway when there’s been a buck to be made. Now, however, thanks to an emerging field called “ecosystem services,” it’s beginning to look like there might actually be a buck to be made by letting pieces of land — or, more specifically, the ecosystems they contain — remain pristine.

Ecosystems, say proponents of the new thinking, perform real work that has bottom-line value to human economies — work like filtering drinking water, pollinating crops and (the service most people are probably familiar with today) controlling climate. In many cases, they say, nature can do the work more cheaply than any man-made solution. In light of this new understanding, communities and businesses are taking a second look at nature, figuring out how it plays into their bottom lines, and in some cases, rejiggering their business practices and investing in conservation as a result of their discoveries. The field is still nascent and its application scattered. But one of the strongest signals to date that this could be the wave of the future came in 2005 when Wall Street behemoth Goldman Sachs announced that, as part of a wide-ranging environmental strategy, it would fund research into how to valuate the services generated by forest systems. “It’s an indicator of where things are going,” says Davis.

The ideas have been around for a while, but they started gaining momentum a decade ago. In 1997, a group of ecologists, biologists and others became concerned that even those who did hold affection for the spotted owl or backwoods camping trips did not fully appreciate nature’s contribution to human economies. So they published a book called Nature’s Services: Societal Dependence on Natural Ecosystems, which details the dozens of natural functions that can be tabulated on a balance sheet. In addition to water filtration, pollination and carbon sequestration, other services include flood protection, fish and timber production, runoff protection, recreation, waste management and air purification. Later that same year, a team led by University of Vermont ecological economist Robert Costanza quantified the actual value of all that work. The final tally? $33 trillion — more than the entire world GNP at the time.

That figure — and the fact that it could be calculated at all — caught the attention of business people and policy planners alike. Now, a ground-level shift is taking place. Instead of ignoring nature, or worse, paving it over or polluting it, some communities and businesses are realizing it’s sometimes in their interest to conserve nature — so they can turn around and “hire” it to perform certain much-needed services. New York City, for example, decided to invest in maintaining the Catskills Mountain watershed because using it to filter their drinking water was at least 80 percent cheaper than building a new water plant. Similarly, when authorities in Seattle’s King County were short of funds to repair levee systems, they turned to nature for help, creating a plan to restore floodplains and let nature do the work of taming floods. And Wal-Mart and Japanese car manufacturers that ship goods through the Panama Canal are funding a project to pay neighboring landowners to restore and maintain forests on their lands. The forests will serve the businesses by reducing soil erosion and the resulting silt buildup in the canal, which in turn will cut the insurance premiums the corporations pay to protect their barges against business delays caused when the canal closes for dredging.

In each of these arrangements, the customer benefits by getting a specific service out of nature. But conservationists are also benefiting by getting what they have been seeking all along: restored habitats and a reversal of environmental degradation. Along with the excitement about the new paradigm, however, is a new sense of urgency, driven by the realization that some services provided by nature might not actually be around much longer. For some, like flood protection, waste management or pollution, the alternative will be expensive man-made solutions. But for others, like carbon sequestration, there is no meaningful technological alternative. In 2005, the United Nations made an alarming pronouncement: 60 percent of the services provided by nature, it said, are being degraded faster than they can be replaced. “The ability of the planet’s ecosystems to sustain future generations can no longer be taken for granted,” the U.N. said.

The culprits are human. On the one hand, today’s exploding populations require more services than when there were fewer of us on the planet. At the same time, there are fewer ecosystems altogether to provide the services. Human activity has destroyed ecosystems directly, through the conversion of land for other uses, and indirectly, through pollutants. Public policy leaders are now considering new rules — and in some cases instituting them — to reverse the destructive trends. From that new regulatory environment, new business opportunities are arising, principally in the form of credit schemes. Businesses or government authorities that can’t meet the new standards “outsource” their compliance by buying credits from others. The most well known and mature of these are carbon markets. But markets for other natural goods, like wetlands and particular kinds of habitats, have also emerged in various parts of the country. If Adam Davis’s vision comes true, these will become the primary mechanism for creating large-scale conservation. “The more we align meaningful return on investments to meaningful conservation results, the more conservation we’ll produce,” he says.

Davis talks like a capitalist, but he’s an environmentalist at heart. A stint at a Berkeley composting company directly after college forged his interest in sustainability. But it was while implementing recycling and composting programs at Northern California’s largest waste management company that he concluded that massive behavioral change, like the kind needed to reverse environmental degradation, isn’t possible until economic incentives are put in place to push it forward. “If we want to really get to where we need to go,” he says, “we need to make it just as rewarding financially to invest.”

How Much For That Mountain?

Though seemingly promising, credit schemes, also known as environmental markets, are still in their infancy. “It’s still very much the vanguard companies that are willing to take a small risk,” says Emma Stewart, director of Environmental Research & Development at Business for Social Responsibility, a nonprofit business association that advises members on socially responsible business solutions. Before environmental marketplaces become more commonplace, basic market mechanisms — the foundations of any efficient economy — will have to be created: Easy ways for credit buyers and sellers to find each other; enforcement mechanisms to ensure conservation is being delivered; common ways of measuring units of damage and units of conservation; and efficient pricing systems.

Gretchen Daily, a Stanford ecologist and the editor of the landmark Nature’s Services book, is working on that last piece. In 2006, Stanford’s Woods Institute, where Daily is a senior fellow, joined forces with the Nature Conservancy and the World Wildlife Fund to create the Natural Capital Project, which is developing tools for measuring the services specific ecosystems provide, determining what they’re worth, and identifying who’s benefiting from them.

If Davis does not seem like the typical environmentalist, Daily does not initially seem like your typical capitalist. She’s a soft-spoken professor of biology who caught the environmentalism bug during her teenage years while watching massive demonstrations against acid rain in Germany, where her father was stationed with the military. All things considered, Daily would rather be tramping around some bug-infested tropical forest than navigating the canyons of Wall Street. But as a young scientist doing research in Costa Rica, Daily realized large-scale solutions to environmental destruction must be embedded in a system of economic incentives. “In many parts of the world, there’s no way to feed one’s family and conserve nature. People just don’t have that choice,” she says. “If we’re not making money, it’s not going to happen.”

Some environmentalists balk at the new approach, arguing that moral suasion should be enough. They also object to the commoditization of nature and are repelled by the idea that the same sector of society that has historically destroyed the environment, the business sector, will now be the primary beneficiary of efforts to restore it. Proponents, however, say they are just being practical. “From a pragmatic point-of-view, all the indicators are going to continue to go down in terms of planetary health unless you price things into our economic system,” says BSR’s Stewart. “It is scary,” says Gretchen Daily. “It’s economic forces that have taken us to the brink. But we need a force that powerful to bring us away from that brink.”

E.B. Boyd is looking forward to the day when she gets paid for the climate control services performed by the giant Monterey Cypruses in her backyard. 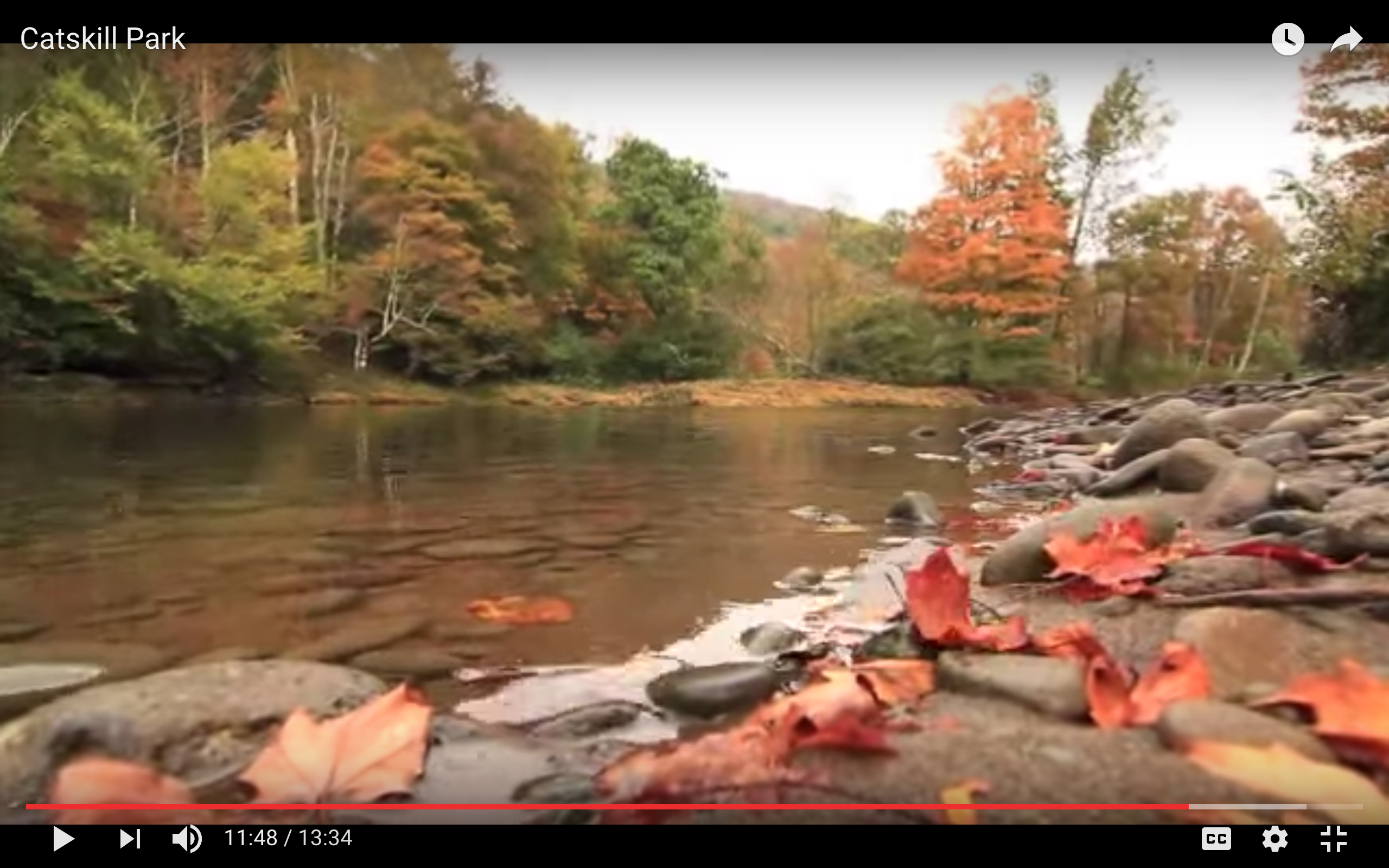